Amber Heard is an American actress and model. She is best known for her roles in the films Never Back Down, Pineapple Express, The Stepfather, Zombieland, and The Joneses, The River Why, The Ward, Drive Angry, The Rum Diary, Paranoia, Magic Mike XXL, and London Fields. For her work in The Rum Diary, she won a Spotlight Award at the Hollywood Film Festival. She was also featured in two music videos – Kenny Chesney’s “There Goes My Life” and Eisley’s “I Wasn’t Prepared”. Born Amber Laura Heard on April 22, 1986 in Austin, Texas, USA to Paige Parsons and David Heard, she belongs to Scots-Irish (Northern Irish), English, Irish, German, Scottish, and Welsh descent. She has one younger sister named Whitney Heard. She dropped out of school at the age of 17 to pursue modeling. She made her film debut in an acclaimed sports drama Friday Night Lights (2004). She was married to actor Johnny Depp from 2015 to 2017. Heard welcomed a daughter in April 2021, whom she named Oonagh Paige Heard. 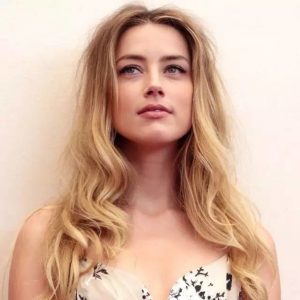