Amber Riley is an American actress, singer-songwriter, author, and activist. She is best known for her role as Mercedes Jones on the Fox comedy-drama series Glee, for which she won a Screen Actors Guild Award, and has been nominated for three Teen Choice Awards, three NAACP Image Awards, and a Grammy Award. She originated the role of ‘Effie White’ in the West End production of ‘Dreamgirls’, for which she won the Laurence Olivier Award for Best Actress in a Musical in 2017. She has also appeared as the daughter of “Dirk Black” in the American Black comedy All of Us. She won season 17 of Dancing with the Stars in 2013. Riley released her debut self-titled EP titled Riley in October 2020. Born Amber Patrice Riley on February 15, 1986 in Los Angeles, California, to parents Tiny and Elwin Riley, she has two older sisters named Ashley and Toiya. Riley did her schooling from La Mirada High School in La Mirada, California in 2004. She got engaged to Desean Black in 2020. 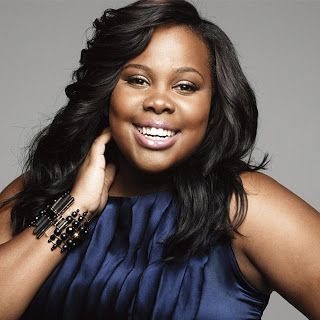 Amber Riley Facts:
*She was born on February 15, 1986 in Los Angeles, California, USA.
*At the age of 17, she auditioned for American Idol but was turned down by the producers.
*She is the winner of Dancing with the Stars Season 17. She was partnered with the show’s one and only six-time champion, Derek Hough.
*She served as a judge on BBC One musical theatre talent show Let It Shine in 2017.
*Her drama teacher was Mrs. Erin Strauss during her school time.
*Most of her cover versions have appeared on the Billboard Hot 100 chart.
*She is a Democrat and attended the 2012 Democratic National Convention.
*She has a pet named Chewie.
*Visit her official website: www.leadingladiesmusic.com
*Follow her on Twitter, Facebook and Instagram.