Siegfried Rauch was a German film and television actor who played Captain Oskar Steiger in the 1970 Hollywood film Patton and played the race driver Erich Stahler in Le Mans (1971). Rauch also played a German army sergeant Schroeder Samuel Fuller’s The Big Red One. Other Hollywood productions in which Rauch appeared were The Eagle Has Landed and Escape to Athena. On television, he starred as Thomas Lieven in Es muss nicht immer Kaviar sein, based on the spy novel by Johannes Mario Simmel, and played Kapitän Paulsen in Das Traumschiff, one of the most-watched television series in Germany from 1999 to 2013. Rauch also appeared regularly in other German TV productions, including Der Bergdoktor, and remained active until his death. Born on April 2, 1932 in Landsberg am Lech, Bavaria, Germany, Rauch went to school in Garmisch-Partenkirchen and studied drama at the Ludwig Maximilian University of Munich. He married Karin in 1964, and had two sons, Jakob and Benedikt. Rauch died from sudden heart failure on March 11, 2018 at age 85. 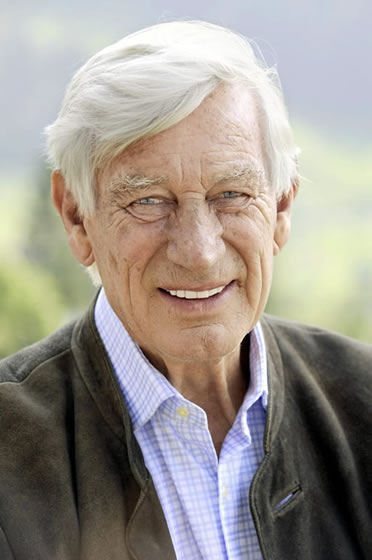 Siegfried Rauch Facts:
*He was born on April 2, 1932 in Landsberg am Lech, Bavaria, Germany.
*He wanted to become an architect, but studied drama.
*He made his stage debut at a theater in Bremen (1958).
*He was voted Germany’s most popular actor in 2015.
*He was good friends with Steve McQueen, who was the godfather of his son Jakob.