Kevin Dunn is an American actor of film and television. He is best known for roles such as White House Communications Director Alan Reed in the political comedy Dave, U.S. Army Colonel Hicks in the 1998 version of Godzilla, Alan Abernathy’s father Stuart in Small Soldiers, Sam Witwicky’s father Ron in the Transformers film series, Oscar Galvin in the 2010 action thriller Unstoppable, and misanthropic White House Chief of Staff Ben Cafferty in Veep. From 2007 to 2009, Dunn was a cast member on the television series Samantha Who? and played Major Ken Quesda in HBO’s True Detective. Born Kevin James Dunn on August 24, 1956 in Chicago, Illinois, to parents Margaret and John Dunn, he is the brother of actress/comedian Nora Dunn. He graduated from Illinois Wesleyan University in 1977. He has been married to Katina Alexander since July 19, 1986. They have a son together. 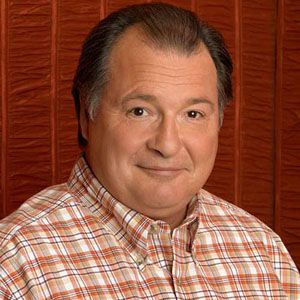 Kevin Dunn Facts:
*Born on August 24, 1956 in Chicago, Illinois, he is of Irish, English, Scottish and German descent.
*Graduated from Illinois Wesleyan University, Bloomington, IL.
*He has made over 100 appearances in both television and film.
*He worked as executive producer of the award-winning documentary film Kumpanía: Flamenco Los Angeles (2011).
*Follow him on Twitter.