Amber Rose Revah is a British actress. She is best known for her roles as Hala Hussein in the BBC/HBO series House of Saddam, and Mary Magdalene in The Bible series and Son of God. She is also known for her portrayal of Dinah Madani in the Netflix original series The Punisher, and for her role as Leena Prasad in the TV series Indian Summers. Revah’s other notable works include From Paris with Love, What Remains, Everywhere and Nowhere, Aazaan, Borgia, and Emerald City. Born on June 24, 1986 in London, England, to parents Riane (Forster) Hewitt and Benjamin Z. “Ben” Revah, she is of Kenyan-Indian descent on her father’s side, and of Polish Jewish descent on her mother’s side. She earned her college degree at the Brunel University. Amber made her professional acting debut in the 2007 historical drama film The World Unseen. 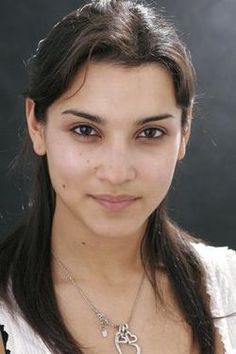 Amber Rose Revah Facts:
*She was born on June 24, 1986 in London, England, UK.
*She is of Kenyan-Indian and Polish Jewish descent.
*She has played more than 10 different nationalities in her career.
*She was appeared in an Apple MacBook advertisement in 2014.
*Her sister works at Great Ormond Street Hospital in London and her brother resides in Switzerland and works as a ski instructor.
*Follow her on Twitter, Facebook and Instagram.