Amr Waked is an Egyptian actor, best known for his role as Muhammad Sheikh Agiza in the 2005 film Syriana, for which he won a ‘Special Award for Arabs in The International Cinema’ at the Cairo International Film Festival in 2006. He also played Sheikh Muhammed bin Zaidi bani Tihama in the 2011 British romantic comedy-drama film Salmon Fishing in the Yemen, and Pierre Del Rio in the 2014 English-language French science fiction action film Lucy. In 2008, Waked portrayed Lieutenant General Hussein Kamel in the HBO original miniseries House of Saddam. Born on April 12, 1973 in Cairo, Egypt, Waked studied economics and theatre in the American University in Cairo. He started his acting career in 1992 in theater. 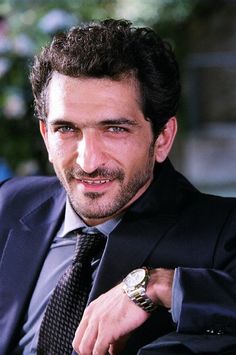 Amr Waked Facts:
*He was born on April 12, 1973 in Cairo, Egypt.
*He was educated at El Nasr Boys’ School and The American University in Cairo.
*He is also known for his activism in the Egyptian revolution.
*Follow him on Twitter and Facebook.