Shohreh Aghdashloo is an Iranian-American actress. She is best known for her role as Nadereh ‘Nadi’ Behrani in the 2003 American drama film House of Sand and Fog, and for her roles on the television series 24, House of Saddam, Grimm, The Punisher, and The Expanse. She has also done voice work in the video games Mass Effect 2, Mass Effect 3, Destiny and Destiny 2. She released her autobiography, titled The Alley of Love and Yellow Jasmines in 2013. Born Shohreh Vaziri-Tabar on May 11, 1952 in Tehran, Iran, to parents Effie and Anushiravan Vaziri-Tabar, she has three brothers: Shahriar, Shahram and Shahrokh. Shohreh started her acting career with Theater Workshops in Iran, where she performed in numerous plays. She left Iran for England at the start of the Iranian Revolution. She earned her bachelor’s degree in international relations from Brunel University. Her first major film role was in The Report (1977) directed by Abbas Kiarostami, which won the Critics Award at the Moscow Film Festival. She made her American film debut in 1989 in a starring role in Guests of Hotel Astoria. She made her television debut in 1990 playing a guest role in the two-hour episode of the NBC television series Matlock, titled “Nowhere to Turn: A Matlock Mystery Movie”. She has been married to Houshang Touzie since 1987. Together they have one daughter, Tara Touzie. She was previously married to Aydin Aghdashloo. 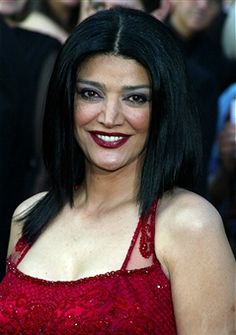 Shohreh Aghdashloo Facts:
*She was born on May 11, 1952 in Tehran, Iran.
*She began her acting career at the age of 18.
*She moved to England during the Iranian Revolution.
*She received a Bachelor’s degree in international relations at Brunel University.
*She is the first Iranian actress to crossover into mainstream Hollywood cinema.
*She is the first Iranian and Middle Eastern actress to be nominated for an Oscar.
*She has had rhinoplasty.
*She is close friends with Marcia Gay Harden.
*Born on the same date as Frances Fisher.
*Follow her on Twitter, Facebook and Instagram.