Ana Mulvoy-Ten is an English-Spanish actress and model. She is best known for her portrayal of Amber Millington on the British boarding school drama House of Anubis, for which she was nominated for a 2012 Nickelodeon UK Kids’ Choice Award. From 2008 to 2010, Mulvoy-Ten starred as Rosi in Cosas de la vida, a Disney Channel Spain short show, and played the role of Alice in the 2015 indie film, The Girl in the Book. In 2017, Mulvoy-Ten joined the cast of American Crime as trafficked teenage sex worker Shae Reese. 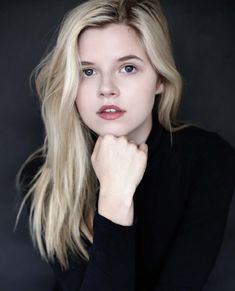 Born Ana Maria Mulvoy-Ten on May 8, 1992 in Croydon, London, England, she is of Irish descent on her father’s side, and of Spanish descent on her mother’s side. Mulvoy-Ten has one younger brother named Javier as well as three adopted sisters named: Bella, Emmy, and Claudia. She attended Great Missenden School in Buckinghamshire, before leaving in 2007 to pursue acting. She was romantically involved with Eugene Simon and screenwriter and director, Tyler Shields.

Ana Mulvoy-Ten Facts:
*Born on May 8, 1992 in Croydon, London, England, she was raised bilingually.
*Her full name is Ana Maria Mulvoy-Ten.
*At 8, she wrote her own script for the Star Wars and mailed it to George Lucas.
*Her first role was as an extra in Harry Potter and the Chamber of Secrets.
*She played Amber Millington in the Nickelodeon series House of Anubis from 2011 to 2013.
*She is an active supporter of the Stop the Traffik charity.
*Her first language is Spanish.
*She is fond of horse riding and owns a horse named Bourbon.
*Follow her on Twitter, Facebook and Instagram.