Matt Nicholls is an English musician, best known as the drummer and percussionist of the British hard rock band, Bring Me The Horizon (BMTH), the group that released the album Sempiternal in 2013. In 2006, BMTH won the Kerrang! Award for the best British Newcomer band. Born Matthew Nicholls on March 22, 1986 in Maltby, United Kingdom, he and BMTH formed in 2004; they released their debut album Count Your Blessings in October 2006 in the United Kingdom and in August 2007 in the United States. Nicholls has dated Stephanie Falkiner, Nat Davies, Maudi Evitt, and Chloe Mellors. 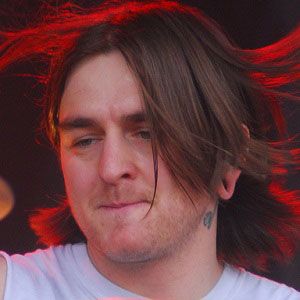 Matt Nicholls Facts:
*He was born on March 22, 1986 in Maltby, United Kingdom.
*He played in the mock hip-hop band “Womb 2 Da Tomb” with fellow Bring Me the Horizon member Matt Nicholls, and Sykes brother, Tom Sykes.
*He plays both percussion and the drums with the British hard rock band, Bring Me The Horizon (BMTH).
*Visit his band’s official website: www.bmthofficial.com
*Follow him on Instagram.