Ali Atay is a Turkish actor, musician, screenwriter and director. He is best known for his portrayal of Mecnun on the hit surreal comedy series Leyla ile Mecnun, and for his roles in the films Sen Aydınlatırsın Geceyi, Nuh Tepesi, Turkish’i Dondurma, and Vay Arkadaş. He made his directorial debut with the 2015 film Limonata, for which he received a Seyfi Teoman Best Debut Film Award nomination. In 2017, Atay played the role of Commissioner Yusuf on BluTV’s first online Turkish series Masum, alongside Haluk Bilginer, Nur Sürer and Okan Yalabık. 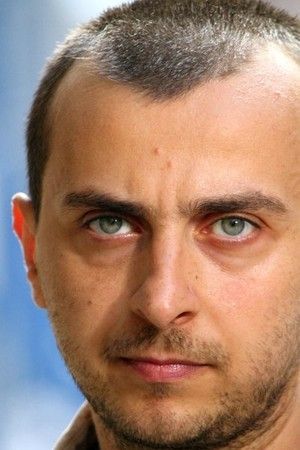 Born Dursun Ali Atay on April 20, 1976 in Rize, Turkey, he is of Laz descent. Atay graduated from Mimar Sinan theatre conservatory in 1999. He married actress Hazal Kaya and gave birth to their son Fikret Ali Atay in 2019. He was previously married to Ebru Cansiz from 2008 to 2013.

Ali Atay Facts:
*He was born on April 20, 1976 in Rize, Turkey.
*He landed his first television role on the series Second Spring in 1999.
*He played in surreal art house film “Sen Aydınlatırsın Geceyi” with Damla Sönmez, Demet Evgar, and Ahmet Mümtaz Taylan.
*He played Can on ATV’s Mutlu Ol Yeter, alongside Aslı Enver, Ertan Saban and Öner Erkan.
*He co-founded the Krek Theatre Company with friend and actor Berkun Oya.
*Follow him on Twitter, Facebook and Instagram.