Ananya Panday is an Indian actress who appears in Hindi films. She is best known for her film debut as Shreya Randhawa in the 2019 teen film Student of the Year 2, for which she won the Filmfare Award for Best Female Debut and Zee Cine Award for Best Female Debut. Panday starred as Tapasya Singh in the 2019 comedy Pati Patni Aur Woh, a remake of the 1978 film of the same name, alongside Kartik Aaryan and Bhumi Pednekar. 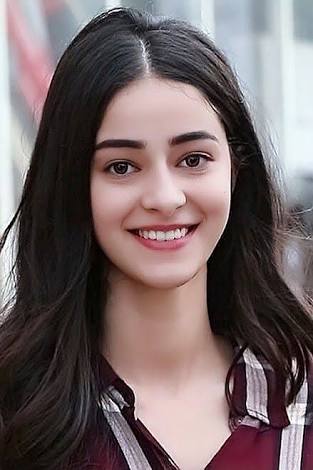 Born on October 30, 1998 in Mumbai, Maharashtra, India, she is the elder daughter of actor Chunky Panday and Bhavana Panday. She has one younger sister named Rysa. Ananya completed her schooling from Dhirubhai Ambani International School, Mumbai.

Ananya Pandey Facts:
*She was born on October 30, 1998 in Mumbai, Maharashtra, India.
*She is the daughter of actor Chunkey Pandey.
*She graduated from Dhirubhai Ambani International School in 2017.
*She participated in Vanity Fair’s Le Bal des débutantes event in Paris in 2017.
*She made her film debut in Student of the Year 2 (2019).
*Leonardo DiCaprio, Ranveer Singh, Tom Hiddleston, and Varun Dhawan are her favourite actors.
*Kajol, Deepika Padukone, Emma Stone, Jennifer Lawrence, and Emma Watson are her favourite actresses.
*Her favourite singers are Justin Bieber, Zayn Malik, Enrique Iglesias, Coldplay, Michael Jackson, Taylor Swift, Ed Sheeran, Katy Perry, Drake, and Eminem.
*Las Vegas, New York, and London are her favourite travel destinations.
*She is a dog lover and has a pet named Fudge.
*Follow her on Twitter, Facebook and Instagram.