Michelle Trachtenberg is an American actress and model. She is best known for starring as Jennifer in EuroTrip, Nona Mecklenberg in The Adventures of Pete & Pete, Dawn Summers in Buffy the Vampire Slayer, Harriet M. Welsch in Harriet the Spy, and her recurring role as Georgina Sparks in Gossip Girl. From 2009 to 2010, Trachtenberg played Chloe Payne on the NBC drama Mercy; the series lasted one season. 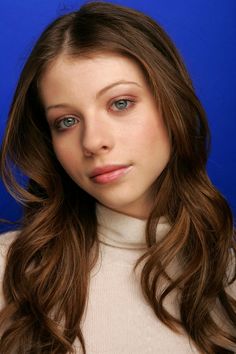 Born Michelle Christine Trachtenberg on October 11, 1985 in New York City, New York, to parents Lana and Michael Trachtenberg, she has an older sister named Irene. Trachtenberg grew up in Sheepshead Bay, Brooklyn, and began appearing in commercials at the age of 3. She was educated at The Bay Academy for the Arts and Sciences, and Notre Dame High School in Sherman Oaks, California.

Michelle Trachtenberg Facts:
*Born on October 11, 1985 in New York City, New York, she of German and Russian Jewish descent.
*She is of Russian Jewish descent on her mother’s side.
*She has been acting since 1988 at the age of three, and studied ballet as a child.
*She was ranked #86 on the Maxim magazine Hot 100 of 2007 list.
*She is good friends with Seth Green.
*She is fluent in Russian.
*Her hobbies include ice skating, swimming, and writing poems.
*Her grandparents live in Israel.
*Follow her on Twitter and Instagram.