Young Nudy is an American rapper who has released such mixtapes as Slimeball, Slimeball 2, and Slimeball 3. Nudy released his debut studio album Anyways on February 24, 2020. Nudy’s collaboration album Sli’merre with American record producer Pi’erre Bourne debuted at number 167 on the US Billboard 200 and peaked at number 63 the following week. 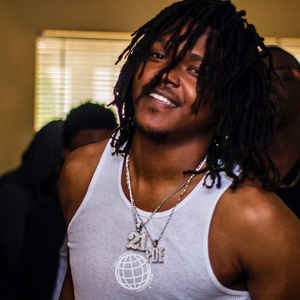 Born Quantavious Tavario Thomas on December 17, 1992 in East Atlanta, Atlanta, Georgia, he grew up with an older sister named Ashley. He has a daughter.

Young Nudy Facts:
*Born on December 17, 1992 in East Atlanta, Atlanta, Georgia, he is of Jamaican descent.
*He grew up with his mother but said he had a closer bond with his grandparents than he had with his mother.
*He is the cousin of fellow Atlanta-based rapper 21 Savage.
*In 2015, he was featured on American rapper 21 Savage’s’s song “Air It Out”.
*His style has been compared to other mumble rappers such as 03 Greedo, Yung Bans, and Lil Keed.
*Visit his official website: www.youngnudy.com
*Follow him on Twitter, YouTube, Facebook and Instagram.