Anastasia Griffith is an English actress. She is best known for her portrayal of Katie Connor on the FX legal drama Damages, and for her role as Nancy Carnahan on the NBC medical series Trauma. Other notable acting roles include Dr. Emily Peck in Royal Pains, Kathryn Nolan/Princess Abigail in Once Upon a Time, Elizabeth Haverford in Copper, and Amanda Jones in Deep State. She has appeared as a guest-star in several television series such as The Worst Week of My Life and Law & Order: Special Victims Unit. Born on March 23, 1978 in Paris, France to an American father and an Irish mother, she grew up in west London with six older brothers, one of whom is actor Jamie Bamber. Griffith obtained a a degree in the History of Art at the University of Bristol and later attended the London Academy of Music and Dramatic Art (LAMDA), before moving into acting. 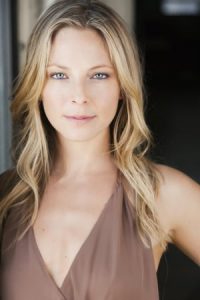 Anastasia Griffith Facts:
*She was born on March 23, 1978 in Paris, France.
*Her mother, Elizabeth (Liz), is Northern Irish; father, Ralph, is an American lawyer.
*She is the younger sister of actor Jamie Bamber.
*She studied art history at the University of Bristol and later trained at the London Academy of Music and Dramatic Art (LAMDA).
*Her first on-screen role was in the 2004 made-for-TV movie She’s Gone.
*Follow her on Twitter and Facebook.