Anastasiya Komardina is a Russian professional tennis player who achieved a career-high singles ranking of World No. 172 on April 10, 2017, and a doubles ranking of world No. 89 on June 11, 2018. Turning professional in 2012, Komardina has won 12 singles and 22 doubles titles on the ITF Circuit. She made her main-draw debut on the WTA Tour at the 2015 Hong Kong Tennis Open, where she received entry as lucky loser. 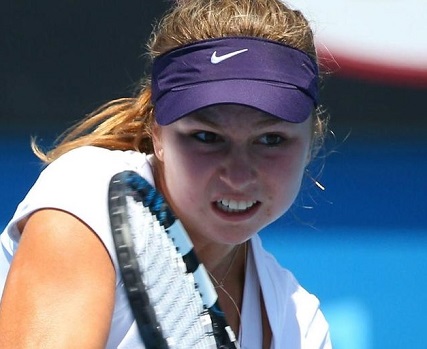 Anastasiya Komardina Facts:
*She was born on July 8, 1997 in Moscow, Russia.
*She began playing tennis at the age of seven.
*She made her debut in the junior competition in March 2011, winning the tournament in Stabekk.
*She turned professional in 2012.
*She had her Grand Slam debut at the 2017 Australian Open at the qualifying stage.