Ander Herrera is a Spanish professional footballer who plays for French Ligue 1 club Paris Saint-Germain and the Spain national team as a midfielder. Herrera previously played for Zaragoza, Athletic Bilbao, and Manchester United before joining Paris Saint-Germain in 2019. A former Spanish youth international, Herrera made his senior debut in November 2016. 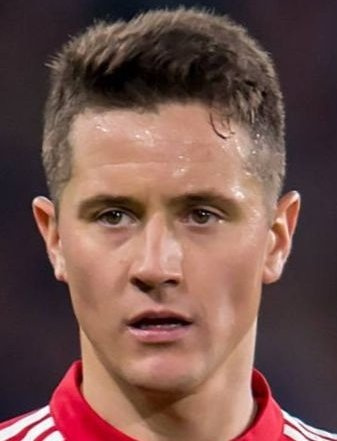 Ander Herrera Facts:
*He was born on August 14, 1989 in Bilbao, Spain as Ander Herrera Agüera.
*He began his career at Real Zaragoza and made his professional debut in the Segunda División in the 2008–09 season.
*He moved to Athletic Bilbao in 2011.
*In 2014, he joined Manchester United, and won the FA Cup, FA Community Shield, EFL Cup and UEFA Europa League.
*He moved to Paris Saint-Germain in 2019.
*He won tournaments with Spain at under-20 and under-21 level and represented the nation at the 2012 Summer Olympics.
*Follow him on Twitter, Facebook and Instagram.