Andrea Bowen is an American actress and singer. She is best known for her portrayal of Julie Mayer on the ABC comedy-drama series Desperate Housewives. She had a leading roles in a number of television movies for Lifetime and Hallmark, and appeared as a guest-star in several television series such as The Closer, Ghost Whisperer, Hawaii Five-0 and Scandal. Her well-known films include After the Fall, The Preacher’s Daughter, Zoe Gone, Under Fire, Pretty Little Addict and A Family for the Holidays. 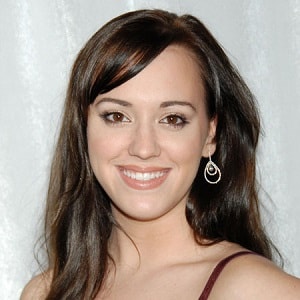 Born on March 4, 1990 in Columbus, Ohio, to parents Peggy and Guy Bowen, she has three older brothers: Graham Bowen, Cameron Bowen and Alex Bowen as well as two older sisters: Jillian Bowen and Jessica Bowen. Andrea started acting at age 6 as “Young Cosette” in the Broadway production of “Les Miserables”.

Andrea Bowen Facts:
*She was born on March 4, 1990 in Columbus, Ohio, USA.
*She made her Broadway debut as Young Cosette/Young Eponine in Les Misérables in 1996.
*She played Julie Mayer in the hit TV series Desperate Housewives from 2004 to 2012.
*Visit her official website: www.andrealaurenbowen.com
*Follow her on Twitter, Facebook and Instagram.