Cameron Norrie is a British tennis player who achieved a career-high singles ranking of World No. 41 on May 20, 2019, and a doubles ranking of world No. 142 on September 9, 2019. Turning professional in 2017, Norrie won his debut Davis Cup match in Spain against world No. 23 Roberto Bautista-Agut. He has three Challenger singles titles, and three Futures singles titles. 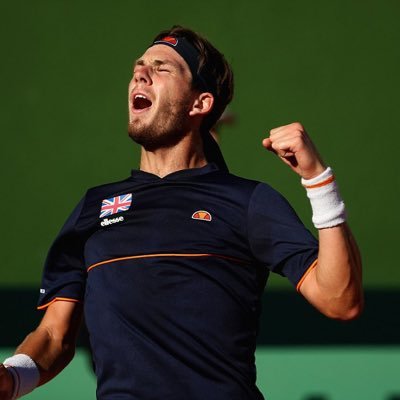 Born on August 23, 1995 in Johannesburg, South Africa, to a Welsh mother, Helen Norrie, and a Scottish father, David Norrie, who were both microbiologists, the family moved to New Zealand three years later, following a burglary. Norrie studied sociology on a scholarship at Texas Christian University and joined the Horned Frogs university team, where he became the top-ranked male college tennis player in the US, being the first time that TCU had such an honour.

Cameron Norrie Facts:
*He was born on August 23, 1995 in Johannesburg, South Africa.
*Growing up, he played tennis, squash, rugby, football, and cricket.
*He turned professional in 2017.
*He won his debut Davis Cup match in Spain against world No. 23 Roberto Bautista-Agut, in 2018.
*Follow him on Twitter, Facebook and Instagram.