Andrew St. John is an American actor. He is best known for his portrayal of Kyle Ratcliffe on ABC’s soap opera General Hospital during the 2003 season, and for his starring role as Jesse Weller on the short-lived CW drama series Life is Wild. He has also appeared on numerous television series such as Criminal Minds, Days of Our Lives, CSI: NY, Greek, CSI: Miami, and What I Like About You. 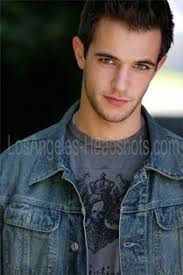 Andrew St. John Facts:
*He was born on July 9, 1982 in Millinocket, Maine, USA.
*In September of 2003, he attended a charity event hosted by Cynthia Preston and Alicia Leigh Willis, which benefited the Desi Geestman foundation.
*He played Kyle Ratcliffe on ABC’s soap opera General Hospital during the 2003 season.