Calvin Goldspink is a British actor and singer who was a member of the British pop groups S Club Juniors. He portrayed the role of James Middleton in the TV film, William and Kate, and starred as Oliver Banks on the short-lived CW drama series Life is Wild. Born on January 24, 1989 in Great Yarmouth, United Kingdom, he has a younger brother named Jamie. He attended Cults Academy. He began his career in British pop groups S Club Juniors. He married Melissa Caballero on March 5, 2015 in Florida. Together they have one daughter named Aya. 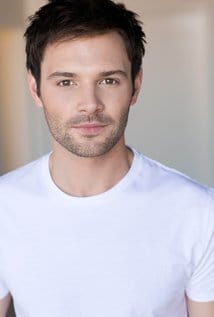 Calvin Goldspink Facts:
*He was born on January 24, 1989 in Great Yarmouth, United Kingdom.
*At the age of 12, he auditioned for S Club Juniors.
*He own a production company called a Mighty Lamb.
*He currently resides in Los Angeles.
*Visit his official website: www.calvingoldspinkmusic.com
*Follow him on Twitter, SoundCloud, Facebook and Instagram.