Anjelica Huston is an American actress, director, and former fashion model. She won the Academy Award for Best Supporting Actress for her role in Prizzi’s Honor (1985). For her role in The Dead (1987), she won an Independent Spirit Award. She also received Academy Award nominations for Enemies, a Love Story and The Grifters. Her other notable works include The Royal Tenenbaums, Buffalo ’66, Daddy Day Care and The Addams Family. Born on July 8, 1951 in Santa Monica, California, to John Huston and Enrica Soma, she is of Scottish, Scotch-Irish, English and Welsh descent on her father’s side, and of Italian descent on her mother’s side. Her half-siblings are actor Danny Huston and writer and editor Allegra Huston. Her nephew is actor Jack Huston. She was married to sculptor Robert Graham, until his death on December 27, 2008. They did not have any children. From 1973 to 1989, she was in a relationship with Hollywood icon Jack Nicholson. 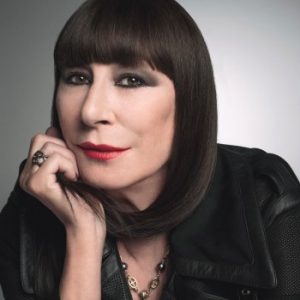 Books: A Story Lately Told: Coming of Age in Ireland, London, and New York, Watch Me

Anjelica Huston Facts:
*She is the aunt of Jack Huston, Laura Huston, & Matthew Huston.
*She is the 3rd generation of Oscar winners.
*She is fluent in French.
*She was awarded a Star on the Hollywood Walk of Fame at 6270 Hollywood Boulevard in Hollywood, California in January 2010.
*She is an avid reader and will read anything she can get her hands on.
*She was one of the members of the jury at the Venice Film Festival in 1996.
*Follow her on Twitter.