Indian tennis player Ankita Raina Biography, Family, Career, Height, Weight, Age, Measurements will be discussed here. Get the latest info of Ankita Raina including her personal details, body statistics, family details and facts. She has career-high WTA rankings of 93 in doubles, achieved on May 17, 2021. 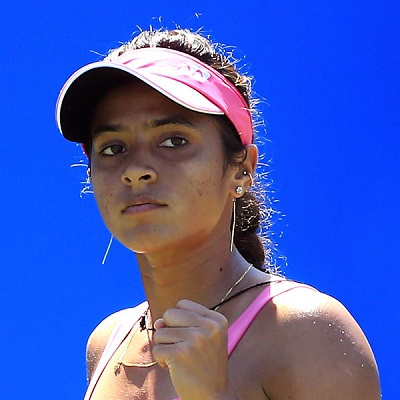 Ankita Raina is an Indian professional tennis player who achieved a career-high singles ranking of World No. 160 on March 2, 2020, and a doubles ranking of world No. 93 on May 17, 2021. Having turned professional in May 2009, Raina has won one title on the WTA Tour and one at tournaments of the WTA 125K series, along with 11 singles and 18 doubles titles on the ITF Circuit. Raina has notable wins over 2011 US Open champion Samantha Stosur, Wimbledon finalist Sabine Lisicki and former world No. 5, Sara Errani.

Born Ankita Ravinderkrishan Raina on January 11, 1993 in Ahmedabad, India, to parents Lalita and Ravinder Kishen Raina, she moved to Pune, Maharashtra at the age of 14.

Ankita Raina Facts:
*She was born on January 11, 1993 in Ahmedabad, India.
*She turned professional in May 2009.
*She plays right-handed and has a two-handed backhand.
*She has a career-high doubles ranking of No. 93.
*She trains at the Hemant Bendrey Tennis Academy at the PYC Hindu Gymkhana in Pune.
*She is one of only two women representing India who has won a WTA-level title.
*She is fluent in Hindi, Kashmiri, Gujarati, and English.
*Follow her on Twitter and Instagram.