Annabelle Wallis is a British actress. She is best known for roles such as Jane Seymour in Showtime’s period drama The Tudors (2009–10), Bridget in ABC’s drama Pan Am (2011), Grace Burgess in the BBC drama Peaky Blinders (2013–14), Mia Form in the supernatural horror film Annabelle (2014) and Jenny Halsey, an archaeologist in the supernatural adventure film The Mummy (2017). Born Annabelle Frances Wallis on September 5, 1984 in Oxford, Oxfordshire, England, UK, she spent much of her childhood in Portugal, where she attended Saint Dominic’s International School. She is the niece of actor Richard Harris, and cousin of Jamie Harris, Jared Harris and Damian Harris. She acted in several short films before she moved to London to pursue a career in movies. Wallis made her debut in 2005 with the Bollywood film Dil Jo Bhi Kahey… as Sophie Besson. In 2016, she dated musician Chris Martin. 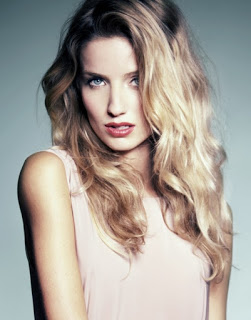 Annabelle Wallis Facts:
*She was born on September 5, 1984 in Oxford, Oxfordshire, England, UK.
*She is of English and Irish descent.
*She was educated at Saint Dominic’s International School near Lisbon.
*She speaks Portuguese, English, Spanish, French and Armenian fluently.
*She is close friends with designers Georgia Hardinge and Christopher Kane.
*Follow her on Twitter and Instagram.