Nawazuddin Siddiqui is an Indian film actor who appears in Hindi cinema. He is known for his roles in films Black Friday, Peepli Live, New York, Talaash, The Lunchbox, Kahani, Gangs of Wasseypur and Gangs of Wasseypur – Part 2. He won a Screen Award for Best Supporting Actor, Zee Cine Award for Best Actor in a Supporting Role – Male both for his role in Talaash: The Answer Lies Within as well as Stardust Award for Best Supporting Actor for his role in Gangs of Wasseypur. For his work in the films Kahaani, Dekh Indian Circus, Gangs of Wasseypur, and Talaash, he was awarded the Special Jury Award at the 60th National Film Awards 2012. Born on May 19, 1974 in Budhana, Muzaffarnagar, Uttar Pradesh, India, to parents Mehroonisa and Nawabuddin Siddiqui, he grew up with eight siblings, six brothers and two sisters. He graduated from Gurukul Kangri Vishwavidyalaya with a degree in chemistry. He worked as a chemist before he began a career in film. He made his Bollywood debut in 1999, with a small role of Terrorist / Informer in the Aamir Khan starrer Sarfarosh. He is married to Aaliya Anjali Siddique, with whom he has two children. 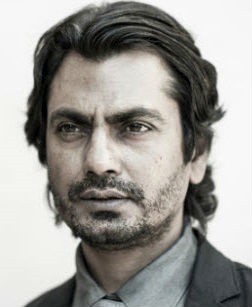 Nawazuddin Siddiqui Facts:
*He was born on May 19, 1974 in Budhana, Muzaffarnagar, Uttar Pradesh, India.
*His father, Nawabuddin Siddiqui, passed away due to brain hemorrhage.
*He made his film debut in 1999 with a small role in the Aamir Khan starrer Sarfarosh.
*Visit his official website: www.nawazuddinsiddiqui.com
*Follow him on Twitter, Facebook and Instagram.