Russian-American model Anne Vyalitsyna is most famous for her 10-consecutive-year run of appearances in the Sports Illustrated Swimsuit issue from 2005 to 2014. She has also appeared on the covers of Vogue, Glamour, ELLE and Gloss. Anne was born Anna Sergeevna Vyalitsyna in Nizhny Novgorod, Russia, the daughter of Alla Vyalitsyna, a pediatrician, and Sergei Vyalitsyn, a sports doctor. On 16 November 2013, she became an American citizen. 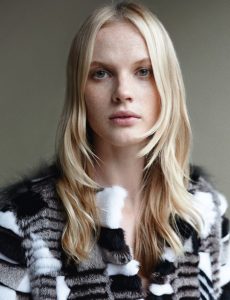 Anne Vyalitsyna Facts:
*She became an American citizen in 2013.
*Her father is a sports doctor, and her mother is a pediatrician.
*She began her professional modeling career with IMG Models at age 15.
*She has appeared in the Sports Illustrated swimsuit issue ten times (2005-2014).
*Follow Anne V on Twitter, Facebook and Instagram.