Puerto Rican rapper and singer who is considered a pioneer of the Latin trap movement and his lyrics often discuss crime and urban life in Puerto Rico. His debut studio album, Real Hasta la Muerte (2018), which includes the singles “Ella Quiere Beber” and “Brindemos,” was a critical and commercial success. In August 2019, Anuel AA released the song “China”, a collaboration with Daddy Yankee, Ozuna, Karol G, and J Balvin, which was a global success. He released his second album, Emmanuel in May 2020. 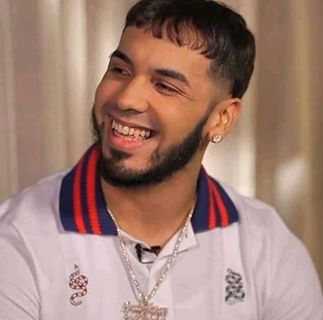 Born Emmanuel Gazmey Santiago on November 26, 1992 in Carolina, Puerto Rico, to parents Nilda and José, he has a younger brother named Leyvan and a sister named Jliany. He also has an older brother. He studied at the Colegio María Auxiliadora, where he was classmates with fellow urban artist Rauw Alejandro. Anuel AA started recording music at age fourteen and began posting it online four years later in 2010, before eventually signing to the Latin division of American rapper Rick Ross’s Maybach Music Group. He got engaged to Colombian singer Carolina Giraldo Navarro a.k.a. Karol G in February 2019. He has a son named Pablito from a previous relationship with Astrid Cuevas.

Anuel AA Facts:
*He was born on November 26, 1992 in Carolina, Puerto Rico.
*His real name is Emmanuel Gazmey Santiago.
*He recorded his part of the song “Ayer 2,” featuring J Balvin, Nicky Jam, Cosculluela and DJ Nelson, via a phone call from prison while he was being held for 30 months.
*He won the “New Artist of the Year” award at both the Billboard Latin Music Awards and the Heat Latin Music Awards in 2019.
*Visit his official website: www.anuelaa.com
*Follow him on Twitter, YouTube, Facebook and Instagram.