Anushka Shetty is an Indian actress and model who predominantly appears in Tamil and Telugu films. Anushka made her acting debut with the 2005 Telugu film Super, for which she was nominated for a Filmfare Best Supporting Actress – Telugu. She portrayed Princess Devasena in the Baahubali series and played an important role in the crime action movie, Singam and Singam II. Her performance in the 3D historical action movie, Rudrama Devi won her the Filmfare Award for Best Telugu Actress. Her other notable film appearances include: Vikramarkudu, Lakshyam, Arundhati, Vedam, Souryam, Vettaikaran, Yennai Arindhaal, Chintakayala Ravi, Vaanam, Deiva Thirumagal and Size Zero. Throughout her career, Shetty has received several accolades, including three CineMAA Awards, a Nandi Award, TN State Film Awards and three Filmfare Awards from eight nominations. 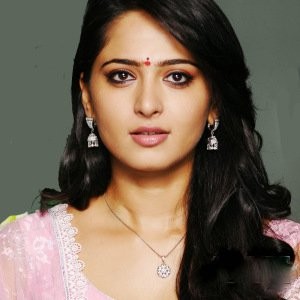 Born Sweety Shetty on November 7, 1981 in Mangalore, Karnataka, India, to parents Prafulla and A.N. Vittal Shetty, she has two elder brothers, Gunaranjan Shetty and Sai Ramesh Shetty. Anushka did her schooling in Bangalore and got enrolled at the Mount Carmel College, Bangalore to graduate with a Bachelor of Computer Applications degree.

Anushka Shetty Facts:
*She was born on November 7, 1981 in Mangalore, Karnataka, India.
*She is an ethnic Tuluva hailing from Bellipady village in Puttur taluk of Dakshina Kannada district.
*She earned her Bachelor of Computer Applications from Mount Carmel College in Bangalore.
*One of the highest-paid actresses in India and is popularly referred as Lady Superstar of South Indian cinema.
*She speaks Kannada, Hindi, Tamil, Telugu and English fluently.
*She was a Yoga Instructor and has trained under yoga guru Bharat Thakur.
*Follow her on Facebook and Instagram.