Ariana Madix is an American actress. She is best known for her appearance in the reality TV series Vanderpump Rules. She has also appeared on ESPN.com’s series NFL Writer’s Room. She is also known for roles in films The Dead Want Women, Killer Eye: Halloween Haunt and Dirty Dealing 3D. Born on June 24, 1985 in Melbourne, Florida, USA, she moved to New York City to pursue her career in entertainment. She has one brother named Jeremy. She graduated from Flagler College with a BFA in Theatre and Broadcasting. She later studied at New York University’s Tisch School of the Arts. She has been in a relationship with Tom Sandoval since 2013. 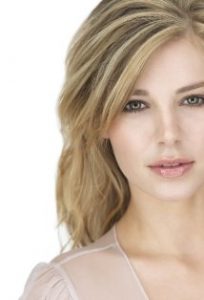 Ariana Madix Facts:
*She was born in Melbourne, Florida on 24 June 1985.
*She is an expert Equestrian and also a national champion in cheerleading, pom-jazz dance, and hip hop dance.
*She was featured on CollegeHumor.com, MTV, and New York Magazine.
*Visit her official website: www.arianamadix.com
*Follow her on Twitter, Facebook and Instagram.