Arjun Gupta is an American actor. He is best known for his portrayal of substance-addicted nurse Sam on Showtime’s Nurse Jackie, and for his role as William “Penny” Adiyodi on Syfy’s The Magicians. Gupta won the 2014 Maverick Movie Awards Best Supporting actor award for his performance in Bridge and Tunnel. Born on November 28, 1986 in Tampa, Florida, to parents Anubha and Lalit Gupta, he has a sister named Vaani. He attended New York University’s Tisch School of the Arts and graduated with a Bachelor of Fine Arts degree in 2007. He is married to Varsha Harlalka. 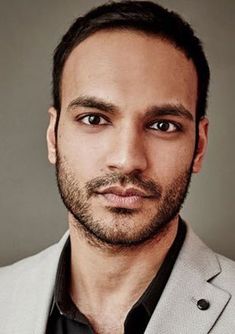 Arjun Gupta Facts:
*He was born on November 28, 1986 in Tampa, Florida, USA.
*He graduated in 2007 from New York University’s Tisch School of the Arts with a Bachelor of Fine Arts degree.
*His first major motion picture was in 2009 acting alongside Uma Thurman in Motherhood.
*He is a fan of the Tampa Bay Buccaneers
*Follow him on Twitter.