Skyler Samuels is an American actress and model. She is best known for television roles as Gigi Hollingsworth on Wizards of Waverly Place, Andie Bates on The Gates, Chloe King on The Nine Lives of Chloe King, Grace Gardner on Scream Queens and The Frost sisters (Esme, Sophie and Phoebe) on The Gifted. Samuels also appeared in the recurring role of Bonnie Lipton in the fourth season of the FX horror series American Horror Story. She has also appeared in the films The Stepfather, Furry Vengeance, Helicopter Mom and The DUFF. 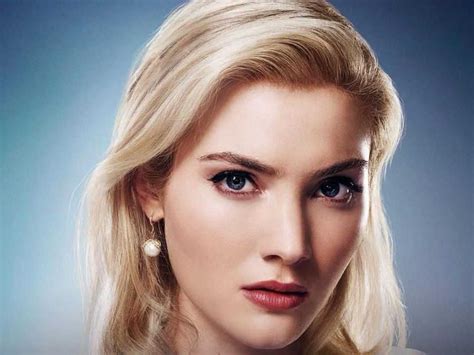 Born Skyler Rose Samuels on April 14, 1994 in Los Angeles, California, to parents Kathy and Scott Samuels, she has three brothers named Cody, Harrison, and Jack, and a sister named Heather. Samuels earned her first acting role at age 10 on an episode of Nickelodeon’s Drake & Josh.

Skyler Samuels Facts:
*She was born on April 14, 1994 in Los Angeles, California, USA.
*Her parents are Kathy and Scott Samuels.
*She had a recurring role of Bonnie Lipton in the fourth season of the FX horror series American Horror Story (2014).
*Follow her on Twitter, Facebook and Instagram.