ASAP Rocky is an American rapper, best known as a member of the hip hop collective A$AP Mob, from which he adopted a record deal with Polo Grounds and RCA, the same labels that helped launch A$AP Worldwide. His debut studio album Long. Live. A$AP (2013) achieved remarkable success and debuted at #1 on the Billboard 200. The album was certified double platinum by the Recording Industry Association of America (RIAA) and its hit single “Fuckin’ Problems” was nominated for Best Rap Song at the 2014 Grammy Awards. In 2015, Rocky starred as Dom in the indie comedy-drama, Dope. 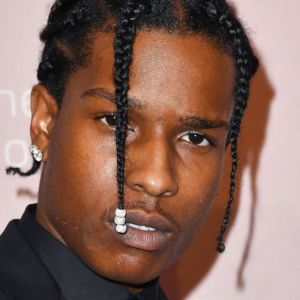 ASAP Rocky Facts:
*He was born on October 3, 1988 in Harlem, New York City, New York, USA.
*His parents named him Rakim Athelaston Mayers after hip-hop icon Rakim.
*He turned his focus to rapping at the age of 13, after his older brother was killed.
*He released his debut mixtape Live. Love. A$AP in 2011.
*His cousin is a fellow ASAP Mob member, ASAP Nast.
*Visit his official website: www.asapmob.com
*Follow him on Twitter, YouTube, SoundCloud, Facebook and Instagram.