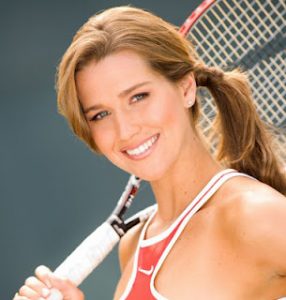 Ashley Harkleroad Facts:
*She was born on May 2, 1985 in Rossville, Georgia, USA.
*She started playing tennis at the age of four.
*She turned professional in June 2000, at age 15.
*Became the first professional tennis player to pose for the U.S. edition of Playboy magazine in August 2008.
*Follow her on Instagram.