Natalie Sawyer is a British journalist and television presenter who worked for Sky Sports News for eighteen years. She left Sky Sports News in March 2018, after 18 years of service for the company. From the 2018 FIFA World Cup onwards Sawyer presents The Game for The Times. Born Natalie Lorraine Sawyer on October 23, 1979 in Ealing, London, United Kingdom, to an English father and a Bulgarian mother, she was educated at Chiswick School and studied History and Media at Leeds Trinity University College in Horsforth. She was married to former Sky Sports News colleague Sam Matterface, and the couple had a son named Sawyer in 2010 before getting divorced in 2014. 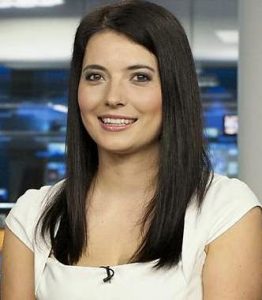 Natalie Sawyer Facts:
*She was born on October 23, 1979 in Ealing, London, United Kingdom.
*She is of English descent on her father’s side, and of Bulgarian descent on her mother’s side.
*She graduated from the ‘Leeds Trinity University College’ with a major in History and Media.
*She is a Brentford FC fan.
*Follow her on Twitter and Instagram.