Ashley Judd is an American actress and political activist. She has played prominent roles in the films Norma Jean & Marilyn, High Crimes, Bug, Kiss the Girls, De-Lovely, Where the Heart Is, Dolphin Tale, Dolphin Tale 2, Double Jeopardy, Ruby in Paradise, Divergent, and Insurgent. For her role in the 2012 television series Missing, she was nominated for a Primetime Emmy Award for Outstanding Lead Actress in a Miniseries or a Movie. Born Ashley Tyler Ciminella on April 19, 1968 in Granada Hills, Los Angeles, California, she is the daughter of country music singer Naomi Judd and Michael C. Ciminella, a marketing specialist in the horseracing industry. Her elder sister, Wynonna, is also a country music singer. She is of Sicilian descent. She attended thirteen schools before studying at the University of Kentucky. She made her film debut in 1992 with action-comedy film Kuffs as the wife of the paint store owner. She was married to Dario Franchitti from 2001 to 2013. 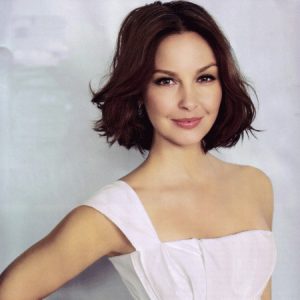 Ashley Judd Facts:
*Her mother and sister are country singers Naomi Judd and Wynonna Judd.
*She is fluent in French.
*She was named after Ashland, Kentucky and is an eighth-generation Kentuckian.
*Her hobbies include running, rock climbing, mountain hiking, yoga, gardening and cooking.
*She used to work as a waitress at the trendy ‘Ivy’ restaurant while studying the Sanford Meisner technique of acting at Playhouse West in Los Angeles.
*For her role as Elizabeth “Libby” Parsons in the 1999 film Double Jeopardy, she earned a Blockbuster Entertainment Award for Favorite Actress.
*She is a avid fan of the University of Kentucky Wildcats basketball team.
*One of People magazine’s 25 Most Intriguing People in the World (1999).
*She ranked #20 in 2002 and #77 in 2006 in FHM’s 100 Sexiest Women in the World editions.
*She is good friends with Salma Hayek and Joey Lauren Adams.
*She is an ambassador for YouthAIDS, a prevention program under Population Services International.
*Visit her official website: www.ashleyjudd.com
*Follow her on Twitter, Facebook and Instagram.