Jamie Chung is an American actress and former television personality who first gained fame in 2004 after appearing in the MTV reality show Real World: San Diego. She is best known for roles in the films Dragonball Evolution, Grown Ups, The Hangover Part II, Premium Rush, Sorority Row, and Sucker Punch. She played Suzy Lee in the 2013 film 7500. She is also known for her recurring role of Mulan in the ABC fantasy television series Once Upon a Time. She provided the voice of GoGo Tomago in the 2014 Disney feature Big Hero 6. Born Jamie Ji-Lynn Chung on April 10, 1983 in San Francisco, California, to Korean parents, she is the second-generation Korean-American. She studied Economics at the University of California, Riverside. She is regarded by many as the Real World alumna with the most successful media career. She married actor Bryan Greenberg on Halloween in 2015. 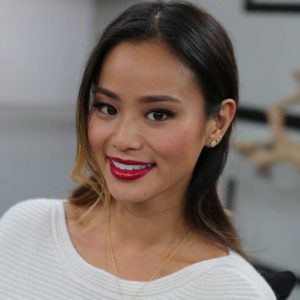 Jamie Chung Facts:
*She is of Korean heritage.
*She suffered from eczema, while she was growing.
*She competed as a Real World alum in the spin-off show Real World/Real Rules Challenge.
*She was described by MTV as someone who “tells it like it is”.
*Her first dog was named Coco.
*Visit her official website: www.whatthechung.com
*Follow her on Twitter, Facebook and Instagram.