Cara Buono is an American actress, screenwriter and director. She is mainly known for her portrayal of Dr. Faye Miller on the hit AMC series Mad Men, for which she received an Emmy nomination for Outstanding Guest Actress in a Drama Series in 2011. She can also be recognized for her roles as Kelli on The Sopranos, Linda Salvo in the 2006 comedy Artie Lange’s Beer League and Karen Wheeler in Netflix original Stranger Things. She is also known for film roles in Next Stop Wonderland, Hulk, Happy Accidents and Paper Towns. Born on March 1, 1971 in The Bronx, New York, USA, to Rosemary and Anthony Buono, she belongs to Italian descent. She has two brothers and a sister. She is a graduate of Columbia University, with a double major in English and Political Science. She is married to Ethos Water founder Peter Thum, with whom she has a daughter. 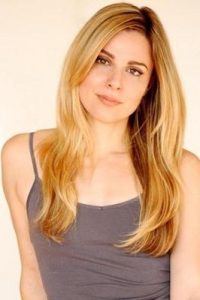 Cara Buono Facts:
*She was born in a blue-collar family.
*Both of her parents are Italian.
*She made her acting debut in Harvey Fierstein’s play Spook House.
*In 2014, she was cast as Betty Pike in the thriller A Good Marriage.
*Follow her on Twitter, Facebook and Instagram.