Born Ashley Stewart on August 14, 1985 in Choctaw, Oklahoma, Brooke was educated at Choctaw High School in Choctaw, Oklahoma, where she was a cheerleader for nine years. After graduating from Choctaw High School in 2003, she worked at a used car dealership near Oklahoma City for three and a half years. Her first foray into ad*lt entertainment industry was a photoshoot for an Oklahoma-based magazine. Brooke began performing in ad*lt films in 2006, at age 21. She has appeared in over 125 as an actress. In 2010, Brooke retired the ad*lt entertainment industry after giving birth to her child. She has been married to Travis Rogers since October 27, 2013. They have two children. She was previously married to an unknown male at the age of 19 and the couple were later divorced. 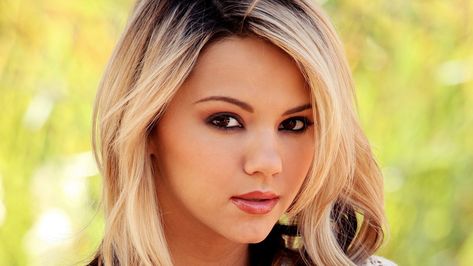 Ashlynn Brooke Facts:
*She was born on August 14, 1985 in Choctaw, Oklahoma, USA.
*She was a cheerleader for nine years at Choctaw High School.
*Prior to joining the adult entertainment industry, she worked as a used car dealership outside Oklahoma City.
*In 2010, she announced her retirement from the ad*lt film industry.
*Follow her on Twitter.