Audrey Hepburn was a British actress, model and humanitarian. Best remembered by the public for her roles as Holly Golightly in Blake Edwards’s Breakfast at Tiffany’s (1961), Natasha Rostova in War and Peace (1956), and Princess Ann in Roman Holiday (1953), for which she won an Oscar, a BAFTA Award, and a Golden Globe Award. Actress, fashion icon, and philanthropist Audrey Hepburn was born as Audrey Kathleen Hepburn-Ruston on May 4, 1929 in Brussels, Belgium. In 1954, she married Mel Ferrer, and divorced in 1968. She had two sons named Luca Dotti and Sean Hepburn. 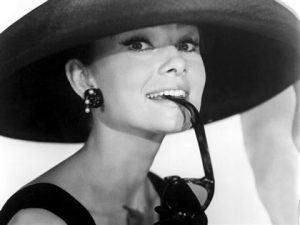 Audrey Hepburn Facts:
*The readers of “New Woman” magazine voted her as “most beautiful woman of all time.”
*She was voted the 18th Greatest Movie Star of all time by Premiere Magazine.
*She was a chain smoker and used to smoke more than 3 packs in a day.
*She was a close friend of Gregory Peck, Ben Gazzara and French actress Capucine.
*She was fluent in five languages: English, French, Spanish, Italian and Dutch.
*In 2008, She was voted the third greatest female screen legend in the history of American cinema by AFI.