Barbara Matera is an Italian television presenter, actress, politician and Member of the European Parliament (MEP) for the centre-right The People of Freedom party. She is best known for her appearance in Miss Italia and her TV career where she has appeared as an announcer and in several soaps. She is the winner of the Women’s Rights and Gender Equality Award, 2017. Born on December 9, 1981 in Lucera, Italy, she attended the University of Rome La Sapienza to study Educational Sciences. 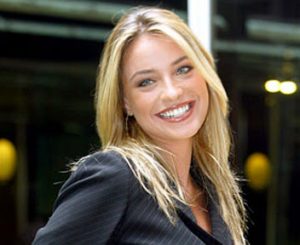 Barbara Matera Facts:
*She was born on December 9, 1981 in Lucera, Italy.
*She was a contestant in the 2000 Miss Italia beauty contest.
*In September 2003, she became an announcer for Rai Uno, the primary television station of RAI, Italy’s state-owned national public service broadcaster.
*She appeared in the 2003 film Ma che colpa abbiamo noi, directed by and starring Carlo Verdone.
*Follow her on Facebook.