Beau Garrett is an American model and actress, born December 28, 1982, in Beverly Hills, California, to Randi and David Garrett. She grew up in Topanga, California with older sister, Autumn. Garrett began her career as a model. She was first hired by GUESS in the late 1990s. She has also modeled for CosmoGirl and Double D Ranch. As an actress, Beau is known for her roles as as Frankie Raye in Fantastic Four: Rise of the Silver Surfer, the sequel to Fantastic Four, Amy in the horror film Turistas (2006), and Gem in the science fiction sequel TRON: Legacy (2010). She is currently a spokesmodel for Revlon cosmetics along with Halle Berry, Jennifer Connelly, Jessica Alba and Jessica Biel. 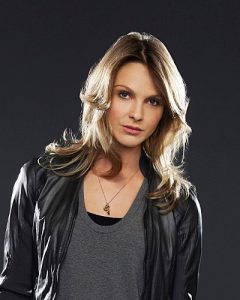 Relationships / Affairs / Boyfriend:
She has been in a relationship with Chris Payne Gilbert.

Beau Garrett Facts:
*She has an older sister named Autumn.
*She is signed to Vision Model Management L.A.
*She loves horses and, as a child, was an accomplished equestrian riding her family’s horse, Dankeshoen.
*Connect with Beau on Twitter.