Chris Christie is an American politician who is the 55th Governor of New Jersey and a leading member of the Republican Party. Born Christopher James Christie in Newark, New Jersey, he is the son of Sondra Christie, a telephone receptionist, and Wilbur James Christie, a certified public accountant. His ancestry includes Italian (Sicilian), German, Scottish, and Irish. He is married to Mary Pat Foster with whom he has four children: Andrew, Sarah, Patrick and Bridget. 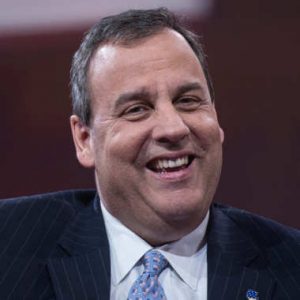 Chris Christie Facts:
*Time Magazine named him one of the top 100 Most Influential People in the World in 2013.
*He was nominated as U.S. Attorney for the District of New Jersey by George W. Bush.
*He was awarded honorary doctorate degrees by Rutgers University and Monmouth University.
*He is a big fan of local boy Bruce Springsteen, “Thunder Road” being his favorite Springsteen song.
*Follow him on Twitter, YouTube, Facebook, and Instagram.