Bella Heathcote is an Australian actress. She is best known for her roles as Amanda Fowler in the television soap opera Neighbours, Victoria Winters in Tim Burton’s film adaptation of Dark Shadows, Nicole Dörmer in the dystopian alternate history thriller series The Man in the High Castle, Gigi in The Neon Demon, Jane Bennett in Pride and Prejudice and Zombies, and Susan Parsons in the CBS All Access drama Strange Angel. Heathcote’s other notable works include Fifty Shades Darker, Not Fade Away, In Time, Bloom, and Pieces of Her. Born Isabella Heathcote on May 27, 1987 in Melbourne, Victoria, Australia, her father is a lawyer. Heathcote was educated at Korowa Anglican Girls’ School. She married architect Richard Stampton on January 17, 2019. 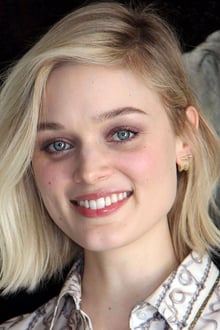 Bella Heathcote Facts:
*She was born on May 27, 1987 in Melbourne, Victoria, Australia.
*She began her career in 2008, and was a recipient of a Heath Ledger Scholarship in May 2010.
*She began her acting career with a recurring role on the Australian soap opera Neighbours.
*She was once engaged to film director Andrew Dominik.
*Follow her on Facebook and Instagram.