Ben Affleck is an American actor and filmmaker best known for his roles in the films Argo, Gone Girl, Batman v Superman: Dawn of Justice, Good Will Hunting, Armageddon, Pearl Harbor, and The Town. He has won numerous awards including, two Academy Awards, three Golden Globe Awards and two Screen Actors Guild Awards. Ben was born to Christine Anne Boldt, a school teacher, and Timothy Byers Affleck, a social worker, in Berkeley, California as Benjamin Géza Affleck-Boldt. His younger brother is actor Casey Affleck. He belongs to Scottish, English, Irish, Swiss, and German descent. He married actress Jennifer Garner in June 2005. Together they have three children: daughters Violet and Seraphina, and son Samuel. The couple announced their divorce in 2015. 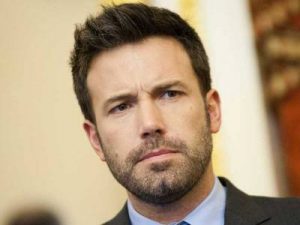 Ben Affleck Facts:
*His parents separated when she was 12 years old.
*He is the older brother of actor Casey Affleck.
*He often works with brother Casey Affleck and friend Matt Damon.
*He is an avid fan of Robert Englund.
*Follow him on Twitter, Facebook and Instagram.

“I got into acting as a young child on account of a sort of arbitrary thing. A friend of my mom’s was a casting director, so really, as kind of a lark, I had a couple of acting jobs that had just enough exposure to give me the option to continue if I wanted to. I followed through with it.” – Ben Affleck