Ben Foster is an American actor who has starred in such films as The Punisher, X-Men: The Last Stand and Alpha Dog, The Messenger and Pandorum, The Mechanic, Contraband, Kill Your Darlings and Lone Survivor, The Program and Leave No Trace. Foster was nominated for a Saturn Award and a Satellite Award for his role in 3:10 to Yuma and won an Independent Spirit Award for portraying Tanner Howard in Hell or High Water. He also played the role of class clown, Tucker James on Disney’s Flash Forward and had a recurring role in HBO’s Six Feet Under. 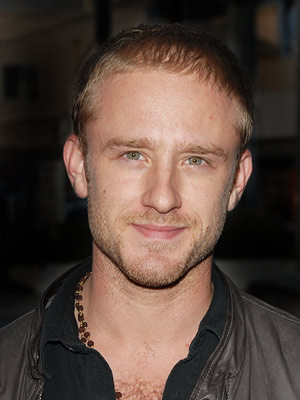 Born Benjamin A. Foster on October 29, 1980 in Boston, Massachusetts, to parents Gillian Kirwan and Steven Foster, restaurant owners, his younger brother is actor Jon Foster. He dropped out of high school at the age of 16 as he moved to Los Angeles to pursue a career in acting. He married Laura Prepon in 2018. They have a daughter and a son together.

Ben Foster Facts:
*Born on October 29, 1980 in Boston, Massachusetts, he was raised in Fairfield, Iowa
*He dropped out of high school to pursue an acting career.
*He began working as an actor when he was sixteen years old.
*He played one of the leading roles in the crime thriller movie, Hell or High Water.
*He was once in a relationship with German actress Antje Traue.
*He was once engaged to Robin Wright.
*His favorite bands are Radiohead, Miles Davis, Johnny Cash.
*His favorite movies are Dr. Strangelove or: How I Learned to Stop Worrying and Love the Bomb, The Jerk and Husbands.
*His favorite actress is Gena Rowlands, and his favorite actors are Philip Seymour Hoffman and Gary Oldman.
*He practices Transcendental Meditation.