Simon Baker is an Australian actor and director. He is best known for his role as Patrick Jane on the television series The Mentalist and the portrayal of Nick Fallin on The Guardian. His other television credits include E Street, Home and Away, and Heartbreak High. His notable film credits include The Devil Wears Prada, Judas Kiss, I Give It a Year, Land of the Dead, and The Ring Two. Baker made his directorial debut with the 2017 film Breath, which he also starred in, co-wrote and co-produced. 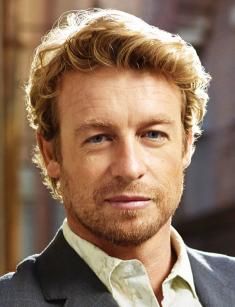 Born Simon Lucas Baker on July 30, 1969 in Launceston, Australia, to parents drama teacher Elizabeth Labberton, and school grounds-man Barry Baker, his older sister Terri is a doctor. He also has three half-siblings. Baker was educated at St. Francis Xavier Catholic Primary School and Ballina High School. Baker married actress Rebecca Rigg in 1998 after five years together, and they have three children; Stella, Claude, and Harry. They separated in April 2020.

Simon Baker Facts:
*Born on July 30, 1969 in Launceston, Australia, he was first raised in New Guinea and then Ballina, New South Wales.
*His parents split when he was age 2.
*He competed on a state level in surfing and water polo as a teen.
*He studied nursing for three months.
*He began his acting career in 1988.
*People Magazine named him one of the top 50 Most Beautiful People in the World in 2002.
*He was nominated for an Emmy Award for The Mentalist in 2009.
*He was selected one of People Magazines 100 Most Beautiful People of 2009.
*He received a star on the Hollywood Walk of Fame at 6352 Hollywood Boulevard in Hollywood, California, on February 14, 2013.
*Naomi Watts is godmother of his son Claude.
*Dabney Coleman is his acting mentor.
*He cuts his hair himself most of the time.
*Follow him on Instagram.