Ben Kingsley is an Academy Award-winning British actor who rose to international fame for his performance in the 1983 biopic Ghandi. He has played prominent roles in a number of films, including ‘House of Sand and Fog,’ ‘Sexy Beast,’ ‘Schindler’s List,’ ‘Hugo,’ ‘Prince of Persia, The Sands of Time,’ ‘Night at the Museum: Secret of the Tomb,’ ‘Bugsy,’ and ‘Iron Man 3.’ In a career spanning over 40 years, he has won an Oscar, Grammy, BAFTA, two Golden Globes and Screen Actors Guild awards. Kingsley was born Krishna Pandit Bhanji in Scarborough, Yorkshire, England to Rahimtulla Harji Bhanji, a medical doctor, and Anna Lyna Mary Goodman, an actress and model. He is of Gujarati Indian descent on his father’s side, and of English descent on his mother’s side. Kingsley has been married four times, including to actress Angela Morant. He has four children: Ferdinand, Edmund, Thomas and Jasmin. 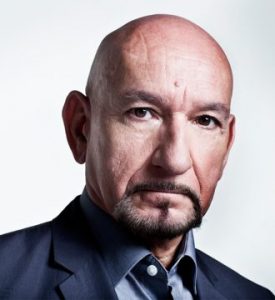 Ben Kingsley Education:
He attended and graduated from Manchester Grammar School in Manchester, England.
He also studied at the University of Salford and at Pendleton College.

Ben Kingsley Facts:
*He belongs to Gujarati Indian and English descent.
*His real name is Krishna Pandit Bhanji, but he changed it to advance his acting career.
*He won the Best Actor Academy Award for the movie Gandhi.
*He played Mohandas Gandhi in the movie Gandhi, for which he won the Academy Award for Best Actor.
*He was awarded the Indian civilian honor Padma Shri in 1984.
*He won a Grammy Award for the “spoken word” in 1985. It was for the reading of “The Words of Gandhi”.