Katinka Hosszú is a Hungarian professional swimmer who rose to international fame winning bronze at the 2004 European Short Course Championships. She specializes in individual medley events. She is a three-time Olympic champion and a seven-time long-course world champion. She was voted the European Swimming Federation Female Swimmer of the Year in 2013. 2014 and 2015. She was born Hosszú Katinka on May 3, 1989 in Pécs, Hungary, the daughter of Istvan Hosszu and Barbara Bakos. She has two older brothers, Gergely and Ádám Hosszú, both played professional basketball in Hungary. 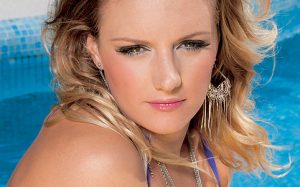