Jake Gyllenhaal is an American actor. He is known for roles in the films Brokeback Mountain, Source Code, Donnie Darko, October Sky, The Day After Tomorrow, Jarhead, Prisoners, Nightcrawler, and Zodiac. For his performance in Donnie Darko, he won the 2003 Chlotrudis Award for Best Actor. Born Jacob Benjamin Gyllenhaal on December 19, 1980 in Los Angeles, California, he is the son of director Stephen Gyllenhaal and screenwriter Naomi Foner Gyllenhaal, and younger brother of actress Maggie Gyllenhaal. His father is of Swedish, English and Swiss-German descent, and his mother is from a Jewish family. He made his film debut in 1991 with a minor role in the comedy film City Slickers. 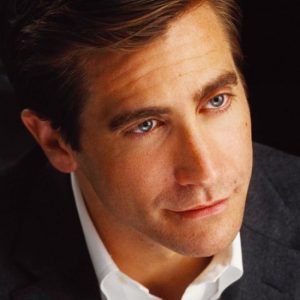 Jake Gyllenhaal Facts:
*He is the younger brother of Maggie Gyllenhaal who is also an actress.
*His fans refer to themselves as “Gyllenhaalics”.
*Before success as an actor, he used to work as a lifeguard.
*In 2004, he was named one of People magazine’s 50 Hottest Bachelors.
*People Magazine named him one of the top 50 Most Beautiful People in the World in 2006.
*In June 2007, he was voted #10 in Elle (France) magazine’s “15 Sexiest Men” poll.
*He is close friends with Bryce Dallas Howard and Natalie Portman, and good friends with Matthew McConaughey and Lance Armstrong.
*He has two dogs, Atticus and Boo named after characters in the novel.
*He cites Anthony Quinn, Paul Newman, Sean Penn, Bruce Springsteen and Bono as his idols.
*Follow him on Facebook.