Bethanie Mattek-Sands is an American professional tennis player currently ranked world No. 2 in the women’s doubles rankings. Bethanie was born on March 23, 1985 as Bethanie Lynn Mattek in Rochester, Minnesota, to Tim Mattek and Heidi Mattek. She turned professional in 1999. She has won several titles in her professional career. She has been married to insurance executive Justin Sands since 2008. 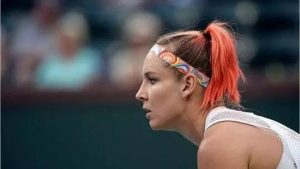 Bethanie Mattek-Sands Facts:
*She was born in Rochester, Minnesota, USA.
*She turned professional in 1999.
*She is right-handed and plays with a two-handed backhand.
*She is an Olympic Gold Medalist in mixed doubles.
*Follow her on Twitter, Facebook and Instagram.