Bill Cosby is an American comedian, actor, and musician who became recognized for his role in sitcom The Bill Cosby Show (1984-1992). He then created the comedy series Fat Albert and the Cosby Kids. Born as William Henry Cosby Jr. in Philadelphia, Pennsylvania, Bill is the son of Anna Pearl, a maid, and William Henry Cosby, Sr., a U.S. Navy sailor. He is the oldest of 4 children. In 1964, Bill Cosby married Camille Hanks. Together, they had five children: Erika, Erinn, Ensa, Evin, and Ennis. His only son, Ennis, was murdered on January 16, 1997. 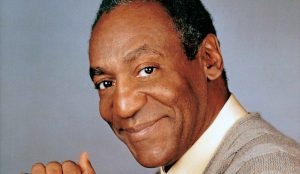 “I don’t have a problem believing in God and Jesus. But in Genesis one has to wonder about these sentences that just go on and end without finishing. The thought is unfinished. Where did Adam go? What is he doing? Hello? There has to be some pages missing.” – Bill Cosby